Before I even get started, before I deliver the unhappy news, I should say first and foremost “thank you,” to everyone who left notes or sent e-mails over the past four months.

There were a lot more than I anticipated, and I apologize if I didn’t get the time to reply to all of them. Regardless, you were all too kind. I am humbled.

It has been four months though, and I have to acknowledge the ugly truth now — I’m very, very unlikely to be able to pick up the schedule I had even six months ago.

Priorities change, life rearranges, and there’s nothing anyone can do except shrug and soldier on.

If it’s any consolation, my “life changes” were good ones — no one went to jail, no one is missing or suddenly responsible for newly arrived little humans. 😉

This was simply a reshuffling of job-related tasks, a few new projects that came to the forefront, and as a result less time for the projects I held dear.

I had hoped that I would be able to adjudicate my resources and keep something fresh on the menu here. But I looked around the other day and realized my collection was actually dusty, which I would never have tolerated a year ago.

And with that realization, I gave it ten minutes’ thought, and decided to cull the herd one last time.

And so it’s all gone.

Everything down to the last spare hard drive, quirky PCMCIA wireless card or giveaway floppy disk. All. Gone.

Gone to the local secondhand shop, gone to friends who could use a second computer, gone to the aluminum recyclers, as a last resort.

I’m left with the X60s, a few USB flash drives, and an odd cable or two.

I kept some rarities — all the CF cards and adapters are still mine, as well as a scarce-as-hen’s-teeth 64Mb stick of PC66. I’m not dumb.

But I look around now, and you’d never guess this was a bastion of Linux zealotry. From here, the battle was fought?

The experience has left its mark though, and the mark is indelible. I flip-flop these days between an Arch Linux installation cut to look like Windows XP (it’s a personal joke, really) and Linux Mint Debian. One or the other can usually get the job done.

Windows will never be back. The real stain of experimenting with Linux for nigh-on-six years is that you realize how things ought to be, and realize you just can’t get everything you want — or need — from Bill & Co.

And even in parts of my life that ordinarily are unrelated to computers, I find the same mindset slipping in.

My latest project — which I won’t link to, out of embarrassment 😉 — is licensed under the GFDL, because I want that same spirit of sharing to be repeated there.

And really, that’s what I take away from six years at the keyboard: That the same principles most of us were taught as children — to share, and not to exclude others — are still the best ones we have today.

The world would be a much better place if we all followed the same rules we were taught decades ago, in the sandbox.

If you want to know numbers, I can tell you that, by far and large, the most popular post in this site’s six-year history was the rtorrent tutorial. A close second was the list of things you can do with an old computer.

And believe it or not, after four months with zero activity, I still get upward of 1,500 visitors a day — sometimes peaking at 2,000. Who’d’ve thunk it.

I’m not one for long and tearful goodbyes, and I’ve really blabbered on long enough. So let’s call it a wrap.

Thanks for everyone who left comments or offered help in my adventures. Your insight and contributions were instrumental every step of the way.

Thanks in particular to the staff of the Ubuntu Forums and the Ubuntu community in a larger sense. Say what you like about Ubuntu (I did, all too often), but it’s the collective helpfulness and camaraderie of the people who use it that got me out of the starting gate, and where I am now.

And finally, thanks for reading this far.

さようなら, tsamaya ka khotso, and cheers. Be kind to one another. We’re all we’ve got. 🙂 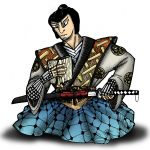 2 thoughts on “The elephant in the room: A coda”